Who doesn’t love LEGOs? And who knew such amazing things could be so artfully sculpted with them? Nathan Sawaya, that’s who. Singapore’s ArtScience Museum is currently hosting The Art of the Brick, an exhibit of Sawaya’s intricate, painstaking work in the form of big-as-life LEGO sculptures. The exhibit has been extended through May 26th, so if you’re in Singapore and you haven’t seen it yet I highly recommend blocking out some time.

Bold and colorful, Sawaya’s sculptures are created from thousands of LEGO bricks assembled and glued into three-dimensional, pixelated compositions. Most are human, a few are architectural and all are super cool in their color and design.

FaceMask is a self-portrait in red pieced together by Sawaya in one month using 10, 770 pieces. This photo was taken at eye-level, no zoom, from several feet away, which hopefully gives you a sense of the enormity of the piece. 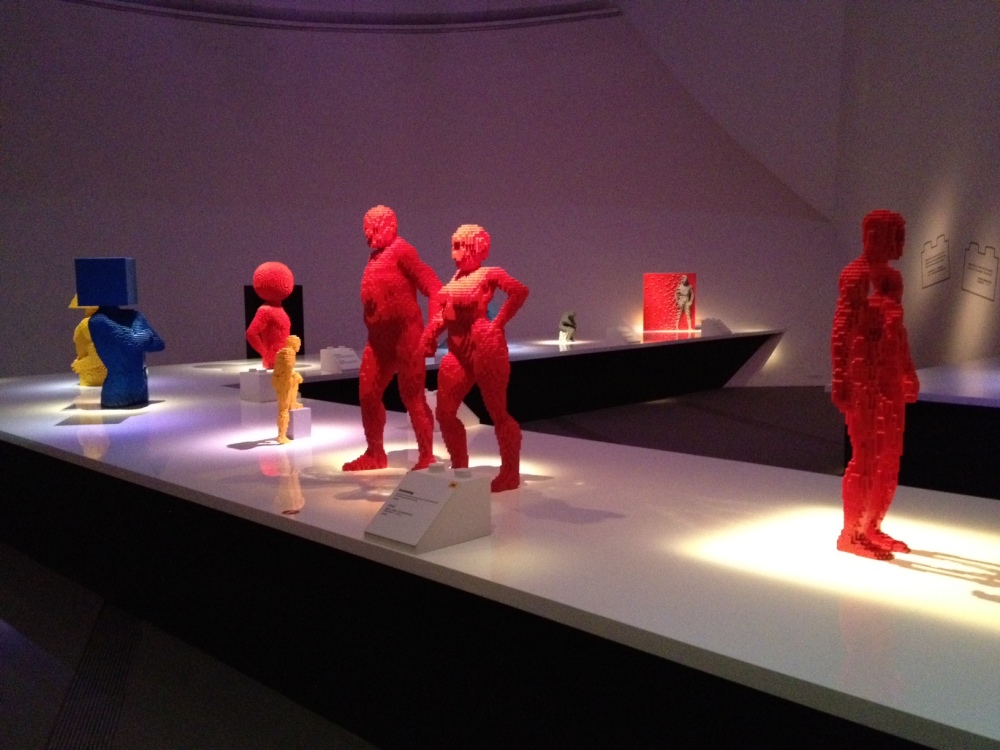 Swimmer was in the water after 15 days of assembly using nearly 11,000 pieces, conveying a sense of motion within the ethereal lighting around the display. 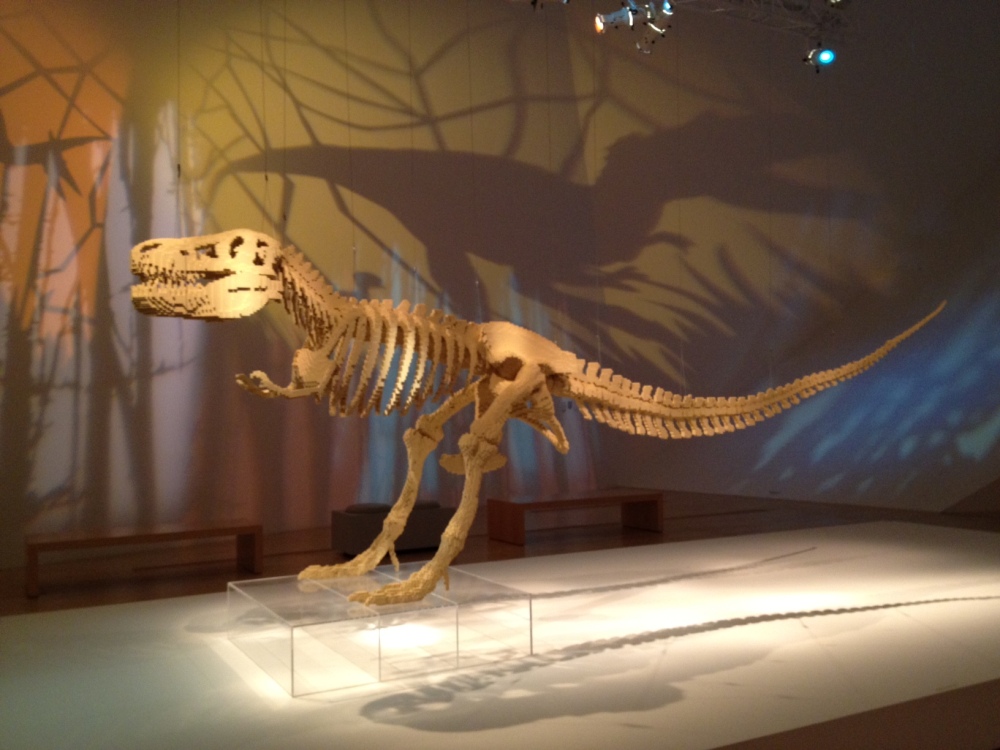 Dinosaur is awesome, and the way it’s displayed made me feel like I’d been teleported to a natural history museum. It took Sawaya an entire summer to finish and he used 80,000 LEGO pieces! EIGHTY THOUSAND! 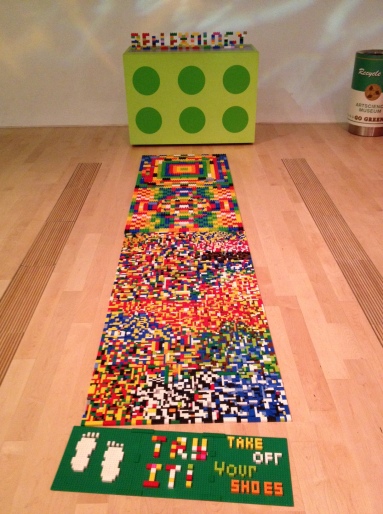 The end of the exhibit features a few interactive LEGO exhibits like a finger maze on the wall and a reflexology area encouraging people to remove their shoes and walk across the bricks. But anyone who has ever had LEGOs knows that stepping on them, accidentally or on purpose, isn’t such a great sensation. Ouch!

Overall, however, the sensation of this exhibit is pretty wonderful in the amazement it inspires. It’s pretty cool that so many of us around the world have played with LEGOs, and that our love for them has continued into adulthood. (I was just helping build a LEGO VW bus last Christmas.) It’s inspiring, too, that Sawaya changed his path and found happiness amidst art and self-expression. 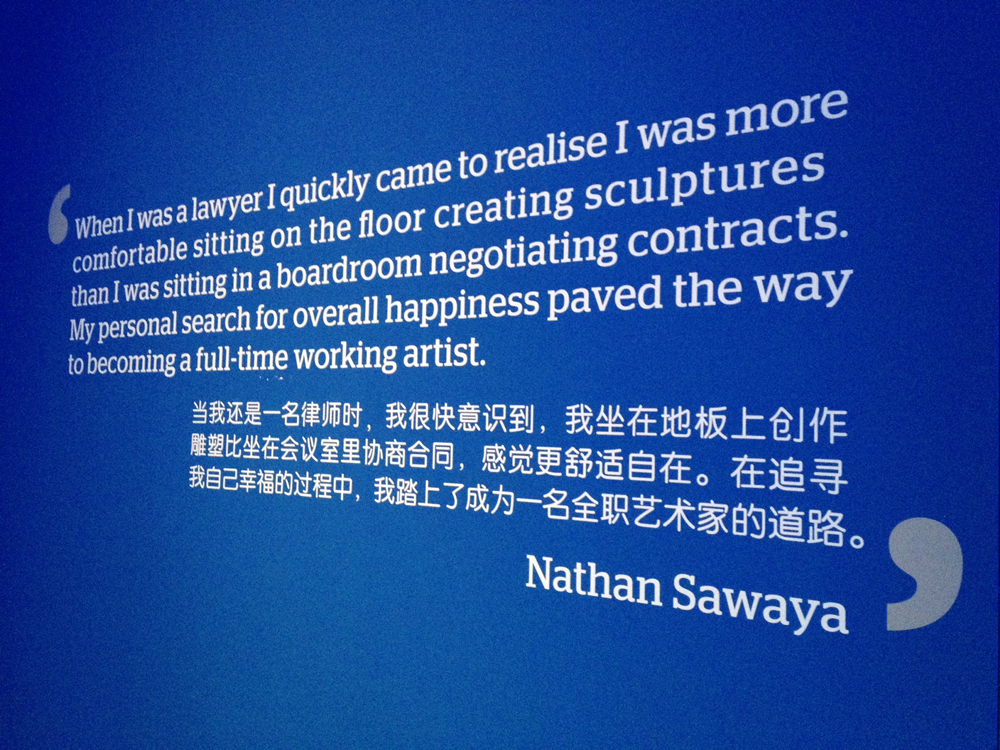