Posted on December 30, 2020 by CompassAndCamera 17 comments

Today we’re pressing pause on our virtual travel through Morocco to learn about a foundational aspect of the country’s art, design and architecture: Islamic Geometric Design.

Islamic Geometric Design is found around the world and once you understand some of the basics, you’ll be better able to understand its value and complexity, while also being able to discern the skill of artisans who have created it. 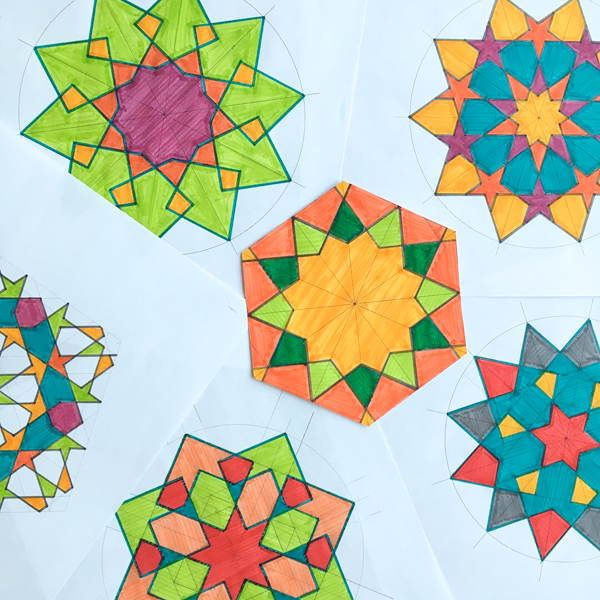 When I lived in Vancouver, I took a fascinating class at Maiwa School of Textiles taught by Eric Broug who is a world-renowned expert on Islamic Geometric Design. His passion for the subject is boundless. He can look at a pattern and tell immediately where in the world it came from. In some ways, Islamic Geometric Design is like a fingerprint. Some designs found in Egypt are not found in Morocco. Some designs found in Iran are not found in Oman, and vice versa.

Five-fold, five-fold and four-fold designs I drew in class

All Islamic geometric designs start with a circle and are based on divisions of that circle into four, five or six sections. This subsequently creates designs that are known as four-fold, five-fold or six-fold. To determine a design’s origin, you can simply count the stars or petals making up the pattern. Eight petals is four-fold; 12 petals is usually six-fold and 10 or 20 petals is five-fold. It sounds simple enough but when you begin to actually draw the complexities and possibilities of the geometry, an endless world of patterns emerges on the paper in front of you. It is astonishing, and suddenly all the designs you see while traveling the world take on a much deeper meaning, with much greater appreciation.

Beyond the basic geometry, two additional principles apply: symmetry and fit (as I’ll call it). Symmetry is essential to Islamic Geometric Design. Through symmetry, a design can be tessellated or extended into space indefinitely with no interruption. Symmetry also creates balanced and pleasing compositions — in other words, no tension.

Fit is also essential and can be a dead giveaway that the person who created the design you’re looking at either knew what s/he was doing or didn’t. Good Islamic Geometric Design is always made-to-measure. The canvas, space or surface for the design is measured first and the design is then created and applied symmetrically. The pattern should always be scaled and positioned to start and stop at symmetrical locations. Here’s an example from the Islamic Art exhibit at the Louvre in Paris:

Islamic panel at the Louvre, Paris

When an Islamic geometric design isn’t symmetrical or doesn’t fit the composition perfectly — it’s cut off or off center — this indicates the designer has made an error or hasn’t followed the rules of authentic Islamic Geometric Design. Also, the construction lines within an Islamic geometric design should continue infinitely, with no abrupt ends within the pattern. Lines meeting and ending in a T or similar shape are mistakes within a composition. Here’s door in Tangier that is symmetrical and made-to-measure but has some T-shaped intersections:

Eric’s Instagram feed is full of examples of good (and sometimes bad) Islamic Geometric Design, and he also has a great five-minute Ted Ed video explaining the basics I’ve noted here. Eric also founded a school in the U.K. if you’re ready to dive in and learn more.

With all this in mind, no wonder this discovery in Tangier was so irresistible — it’s an elaborate example of beautiful symmetry applied correctly. Yet within it, there are subtle differences– the center design has a different color scheme than the other two (look for the big rings of green).

We’ll get back to exploring Morocco tomorrow — probably with a very simple post as it’s going to be a long work day for me. But the good news is… there’s only one day left in 2020. We made it to the end.

Stay healthy, everyone! Vaccines are on the way and we have so much more to see in the world.
Kelly 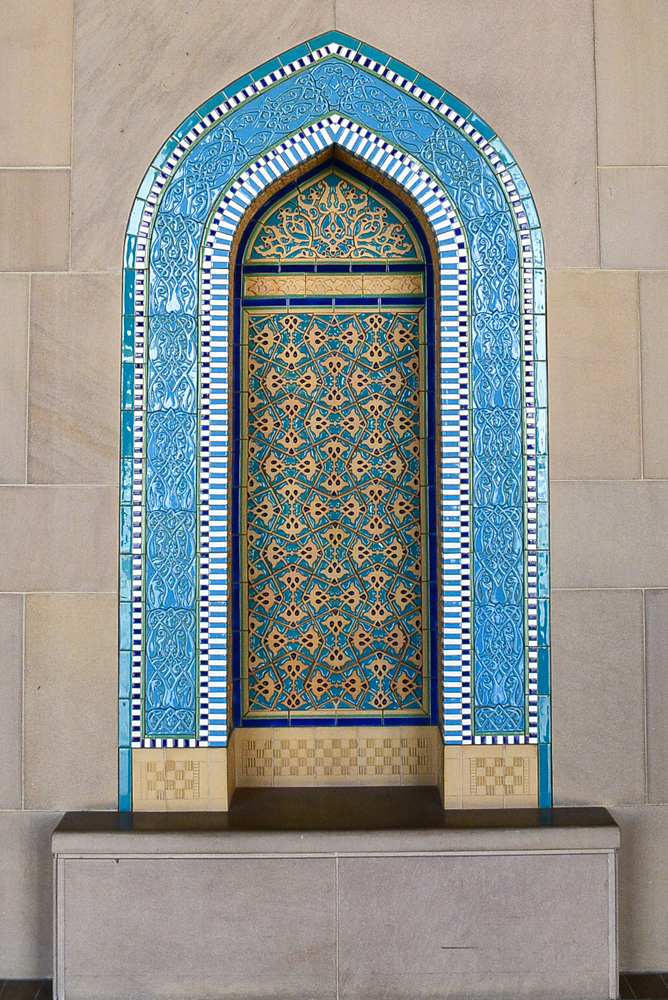