Posted on August 23, 2020 by CompassAndCamera 16 comments

View of Taipei from the Observatory

Today we’re in Taipei, Taiwan rocketing to the top of the country’s tallest building. 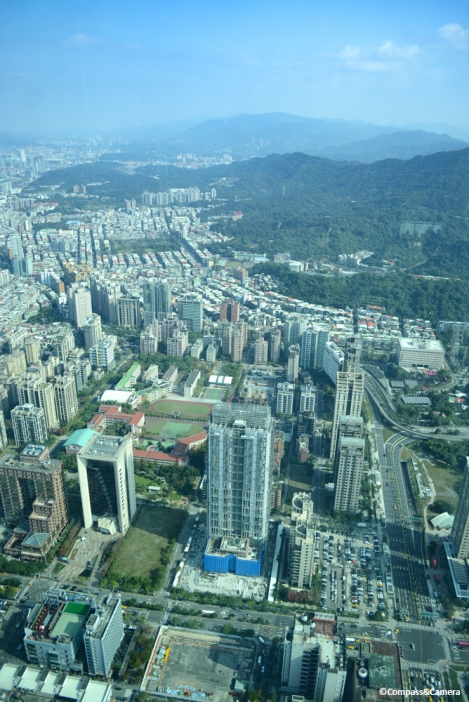 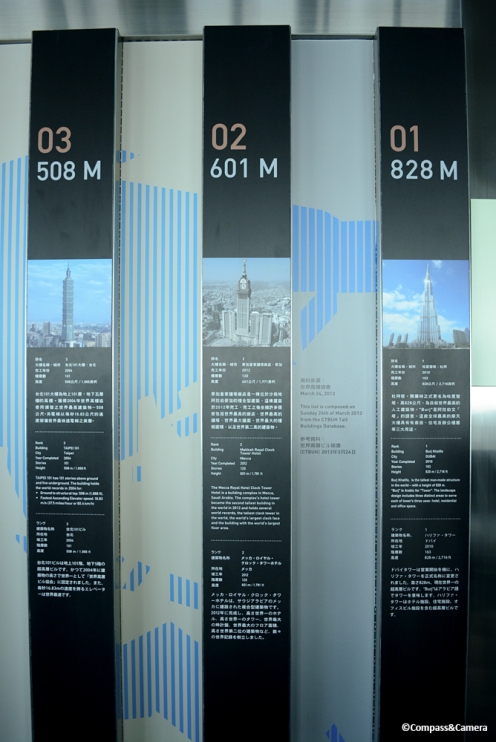 Taipei 101 measures 508 meters (1,667 feet). The building is significantly taller than anything else in Taipei, offering a spectacular view over the city from indoor and outdoor areas. For a few years after it was built in 2004, Taipei 101 was the tallest building in the world but numerous other skyscrapers have since surpassed it, including the Burj Khalifa and One World Trade Center.

At the time I visited, Taipei 101 also had the world’s fastest elevator — shooting to the top at the rate of 1,010 meters per minute, or roughly 30 seconds to the observatory on the 91st floor. According the the technical specs, the elevator also features “Atmospheric Pressure Control, Active Mass Damper, Aerodynamic Capsule, High Performance Roller Guide and Safety Device.” Cool.

Also on the 91st floor, you can view one of the most intriguing marvels of engineering I’ve ever seen — the wind damper of Taipei 101 which absorbs the sway and shake of the building in the event of a typhoon or earthquake. With the wind damper, the building’s movement can be reduced by up to 40 percent. The damper absorbs and reduces the amplitude of vibration. 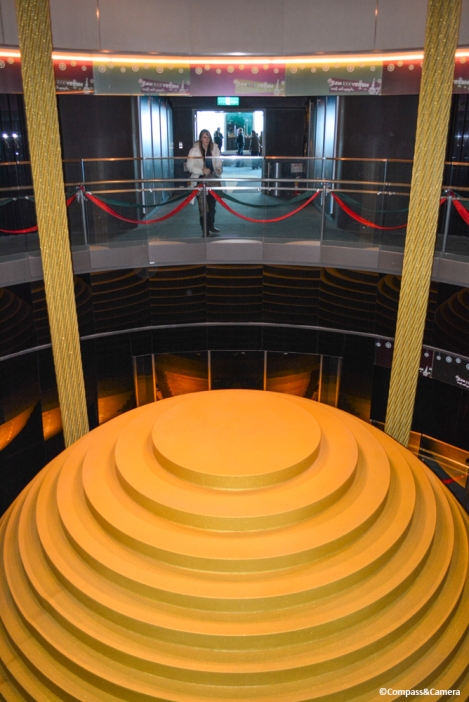 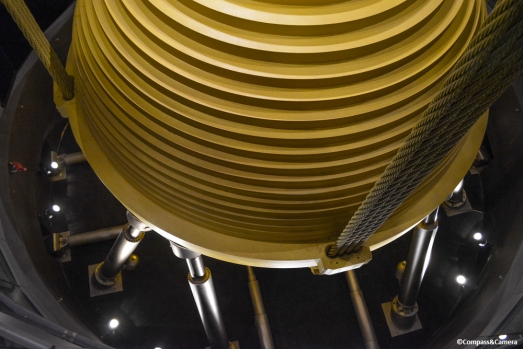 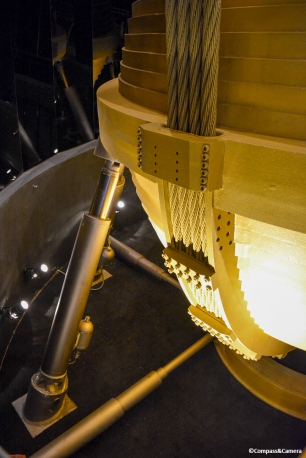 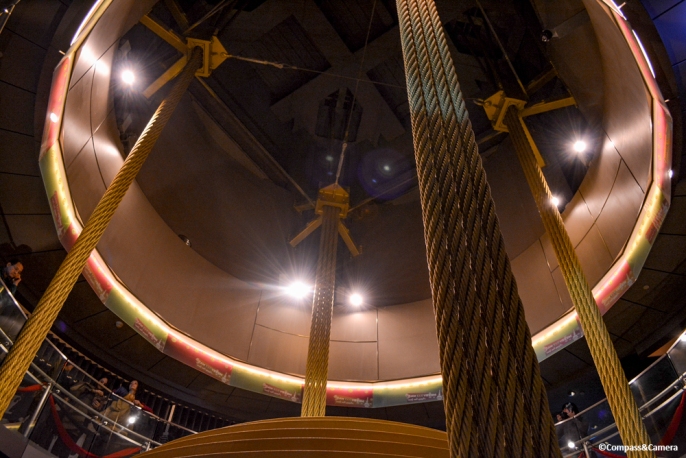 The wind damper is an enormous ball suspended from very thick cables. At the time I visited, it was the largest in the world and the only wind damper open to view. It occupies the area between the 87th and 92nd floor of Taipei 101. The wind damper’s technical specs are as follows:

I have no idea how they got the wind damper to the top of the building, but it is a sight to behold and inspires great hope that it never releases from the comfortable hammock of its cables.

Taipei 101 is also the focal point of Taipei’s annual New Year’s Eve celebrations. We were lucky to view the fireworks from a friend’s rooftop terrace at the end of 2013. At the stroke of midnight, the entire building ignited into a whirl of sparkling color and smoke to welcome the new year. Who knew just six and a half years later we’d all be wondering if NYE celebrations will even happen this year.

Tomorrow I’ll share one more post from Taiwan before we get back on the magic carpet and fly on to our next destination.

Photos of the Day: Adding a bit of light to the darkness as we get through the pandemic together. This series features travel photos from my archives, shared with you while staying close to home.

Costa Rica vs. Germany! (Can you tell?) North of Doha at Al Bayt Stadium, designed like a Bedouin tent to welcome all. And it’s an ALL-WOMEN referee team tonight! #qatar2022 #worldcup #travel
Fireworks and drones last night from the Corniche #qatar #qatar2022 #qatarworldcup #travel
Turn on that television! Fire up that WiFi! It’s US vs. IRAN!!!! #worldcup #travel #goodwill #womenlifefreedom
The National Museum of Qatar :: From the architecture to the cafe to the exhibit to the view from the Alain Ducasse restaurant, this was a fun way to spend a few hours learning about Qatar’s history, nomadic people, pearl diving, oil discovery and master plan for the future.
Loading Comments...
%d bloggers like this: